The following is a eulogy – of a kind – written for my grandfather. I called him Gramps.
It was read by my mother in my stead at his funeral. Apparently, it touched a lot of people. I received a lot of messages saying so.
All in all, I’m grateful I missed his funeral; I don’t think I could have written these words if I’d known I’d be present in their reading. I reckon, more than anything else, it was more important they were said.
My mum said they should be published and immortalised. This is the best I can do.

This one’s for you, Gramps.

I’d like to begin with a quote from Gramps – something that was unearthed from his old letters to Grandma. This quote exemplifies that, despite Gramps’s tendency to bumble through the deeper chats, he did in fact have a way with words. As was often true with Gramps, he just needed the space to do so. The quote goes:

“These ratbags who say they wouldn’t be married or have kids don’t know what they are talking about. To have a baby and a wife is one of man’s most treasured possessions.”

It took a long time for me to see it, but sometimes to see truth, you have to first look through the lens of someone else. The Notley-Smiths, despite their myriad of eccentricities, idiosyncrasies, and emotional regulatory issues (myself included), are stupidly good people. We serve and fight for our family – first and always above all else. We may all bring different perceptions to the table of what that fight entails and what constitutes our family, but that essence of Gramps runs in all of us. I genuinely believe it’s in our blood. It’s in our generational coding.

And when I read that quote, I can feel his legacy run through me. It’s a righteous love. It might get me in trouble sometimes – the only fights I’ve ever gotten in were in someone else’s defence – but ultimately, it’s an unequivocally good love, and that’s a very special thing. Not many things in this world come without being backhanded by moral ambiguity, but Gramps did.

Legacies are funny things. We are so terrified of our own mortality that we’re willing to die on the hills of our legacies. And when it’s all done, you really only leave a sliver of yourself behind, and you get no choosing in that. Not even the perceived social elites.

Gramps and I would sometimes listen to old tunes – there’s a video of us both singing a cheeky Frank Sinatra ditty in the living room together at Mum’s. Frank Sinatra was one of the greats, and even his legacy today is pretty sparse. A handful of the best-of tracks live on alongside the knowledge that, in all honesty, he was a bit of a racist asshole.

Kim and Kanye boom through the headlines now. Love it or hate it, they would be considered the elite of our time, and what will they leave behind? Not much. Kim will leave behind a few nudies and a sex tape; Kanye a handful of bangerz like Sinatra and some grade-A memes about his mental breakdowns on social media.

I say this to illustrate the almost nihilistic truth of our mortality. We leave almost nothing behind: we are remembered by the extremities of our character, and that we can’t control…

And then I look at Gramps. And at his legacy. And realise he had so much more.

His death has not been easy and there has been some stress, but ultimately, what is our family really doing? There’s no firing shots over the estate and who gets what. There’s no estranged, deadbeat black sheep coming back into the fold to disrupt the grieving.

There’s one relatively cohesive family fighting over honouring him and how to do it best. There’s a bunch of quirky and not strictly straighty-180 humans doing their utmost in the madness of such loss to bond together and celebrate the legacy of where we all began. That’s beautiful. It’s so incredibly beautiful. But more than that, I find myself wondering if we realise how incredibly rare that truly is?

I realise these words aren’t necessarily about my relationship with Gramps, but truthfully, I didn’t want to write about that – I wanted to honour Gramps and the legacy he left…

I grew up separate from the rest of the family, and more than that, there’s one key variable that I feel altered my relationship with Gramps – from the rest of my generation, at least. I had the one thing you really have to go digging in the Notley-Smith extended family tree to find because we’re all such bloody good eggs: I had a pathologically abusive parent.

And so, Gramps became my role model. He showed me through his actions what it means to be a man – a good man. An honourable man. He was one of the only men that ever did.

One of the earliest memories in my entire life that I can recall is the time he stepped in between my father and me to protect me when the time called for it, despite knowing the consequences that would bring. My earliest memory in life is of Gramps’s bravery and courage. He didn’t need to think or consider: he acted.

The only necessitation was that I had to come back – to him and mum: my family. And he’d often cheekily insinuate that I should take his last name too because “that Richard was a ratbag”. Now I understand what he meant – a ratbag that didn’t appreciate the treasure he had been gifted.

But none of that was ego or something insidious. It was genuine selfless love and sacrifice for his family – one arm of it anyway. The Notley-Smiths are expanding all the time; one day, no doubt, we will rule the northwestern suburbs of Sydney with a benevolent yet firm and guiding hand.

I’ve heard some comments in the past that Gramps stood in the shadow of Grandma, being the firey and vibrant personality she was. I don’t believe that for a second. If Gramps ever stood in her shadow, it was by choice. Behind every strong-willed, righteous, and periodically manic woman, there has to be a supportive and kind man holding the threads together.

And that was Gramps. And that was Grandma. Together, they were a team stronger than the sum of their parts – 1 + 1 = 3. And through all that, they left behind a treasure and legacy far greater than a wealthy estate, a mediocre spluttering of fame, or a sex tape (thank God). They leave behind us: their greatest treasure.

Let’s not pretend I’m not an existentially cynical bastard. Life is dumb, and it’s also mostly suffering. You’re born, you live, and you die. Maybe there is a grander design; maybe something comes after this mess. But really, who cares? It’s now that’s most important – that meagre little passage of time between our entry and exit. Because it’s now that we get to be with the ones we love, and every second of that is worth soaking up. They make the pain, the suffering, and the stupidity worth it.

I don’t really believe Gramps was simpler. I don’t believe he wasn’t a deep thinker. On the contrary, I believe he had more wisdom and acuity than any of us.

Because he didn’t need to ask these greater existential questions. He didn’t navel-gaze about what it all meant. He didn’t need greater meaning or a legacy to mitigate his mortal anxiety. He already got it – he already knew what was most perennial.

Family. His family. The people he loved more than anything in this world and who returned that love in kind. And using what little time he had and the skills he could to enrich those peoples’ lives. To support them, love them, and help them achieve their potential. To make this world just a little bit better – for them.

So one day, they might see what he saw… How special we really are.

Gramps didn’t need to have a way with words. Words are the tools of ratbags – it’s our actions that define us. Gramps was a man of action, and the actions of Gramps – and Grandma – defines their legacy and the intrinsic goodness of the life they lived. The family they have left behind says more than all the flowery admonishments ever could.

One can say, with objective truth, that if Gramps and Grandma hadn’t done what they had done, the world would be a less beautiful place. And all the existential cynicism aside, they’re together again. Whether they’re in your afterlife or simply waiting on the summits of the mountains, they’re looking after us. As a team. Again.

Because they were Notley-Smiths. And family comes first.

Want More of This?

Then sign up for the newsletter with your email below!
That way, it all comes straight to YOU 🙂
Updates from the world of Ziggy, new writing and content, tasty goodies, exciting news, and, of course, thoughts from the void… Get it here.
↓ ↓ ↓ ↓ ↓

Or Just Keep on Reading! 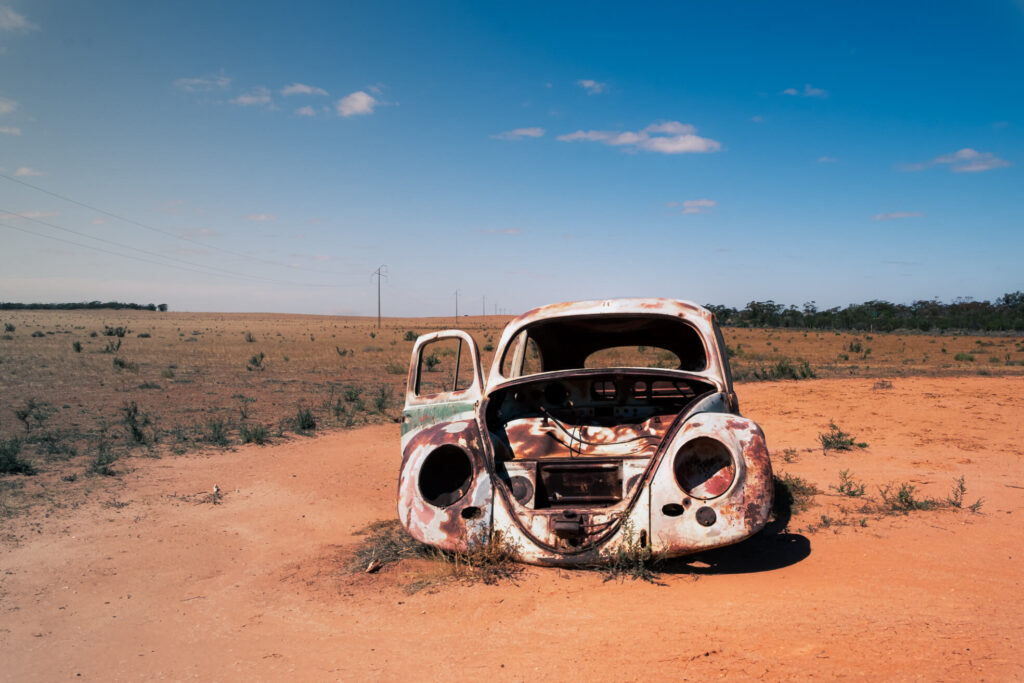 I wrote this under a full moon in the orange sands of the desert. It’s funny how the feelings of the night fade but the memory of its beauty lingers on.
Read More Sleep 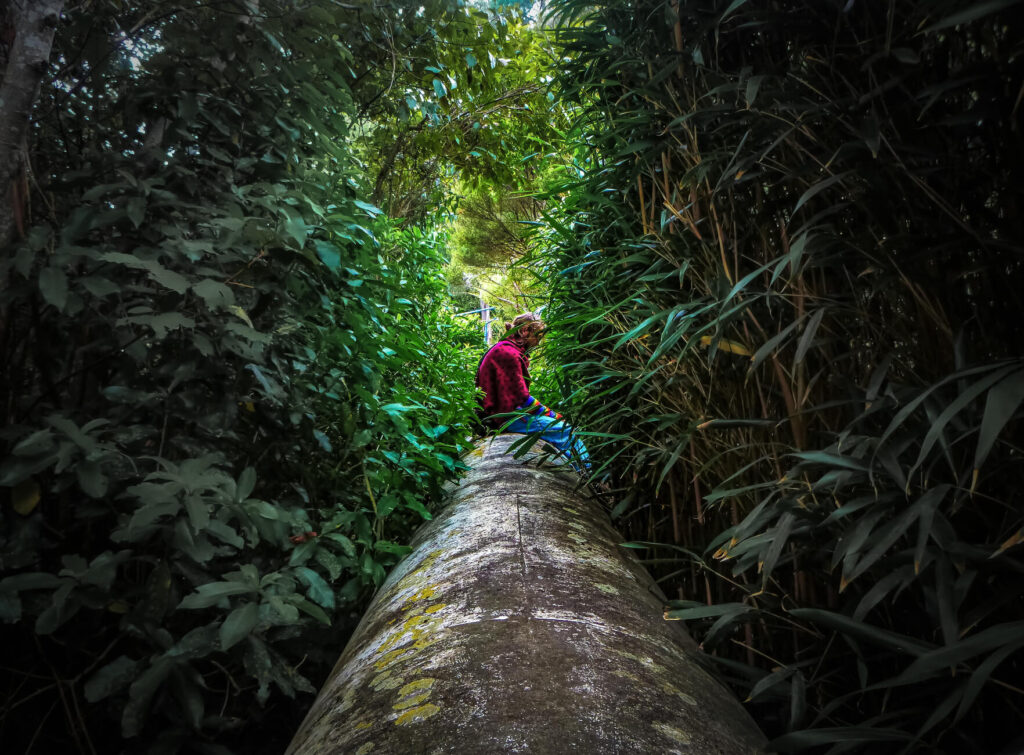 Phantoms come and phantoms go, but the stories they leave behind are less ephemeral.
Read More a letter to a ghost 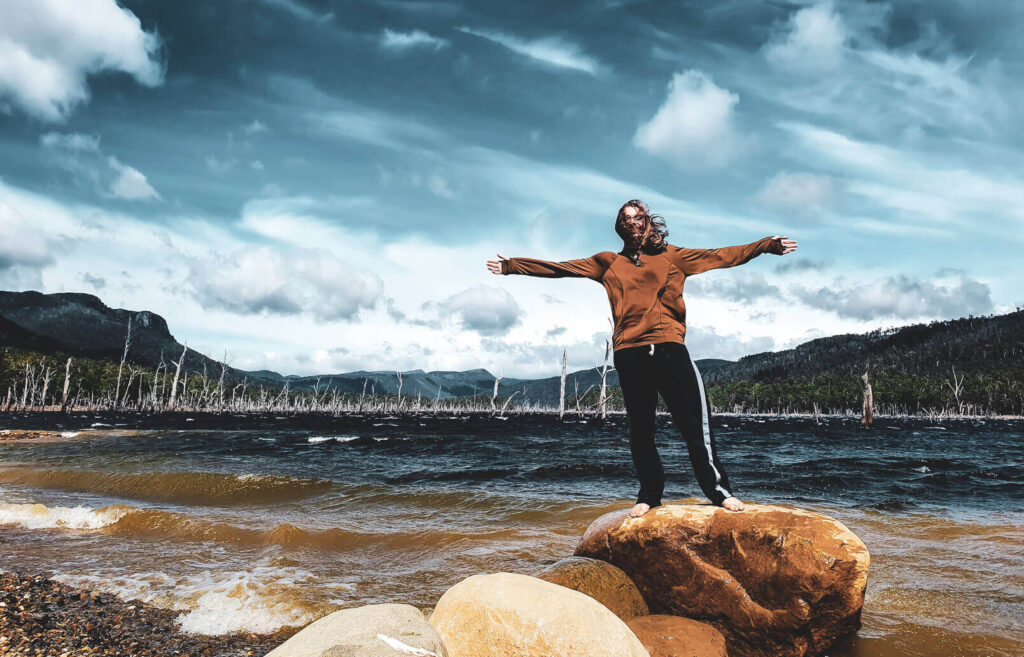 Email #1 of the newsletter archives: what is ‘A Scream Into the Void’ and why should you indulge?
Read More The Welcome Email